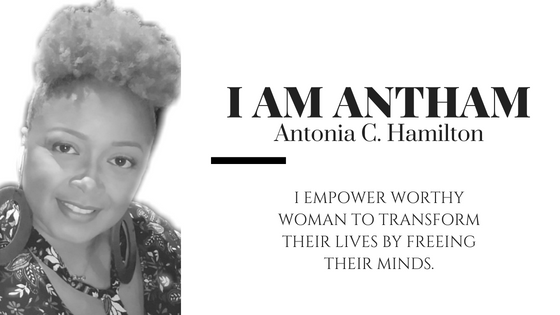 Before I came to understand who I AM, I had to discover who I wasn't.

This was the story I had held onto for most of my life: I wasn't good enough, or even enough and I probably should not have even been born. I was picked on because I was "too skinny", and had a big forehead to match my four eyes behind my thick "coke bottle" glasses. I really felt bad about being so skinny, I would wear big baggy clothes just so no one would see just how skinny I was. I hated it.

Now, this is what REALLY happened:

My Grandmother talked to my sister, while I just listened to the baby being talked to like a baby. People said I was skinny, and that my glasses were really thick. And, they were. I dated my first love, and I went off to college, and he had a baby with someone else. Then, I dated someone I really liked, I thought at the time it was love, but now I know better. Well, anyway, I dated a guy I really, really liked, and then we stopped dating. I called my mom and she told me that I was the common denominator in all of these "relationships". I had NO idea what the heck she way talking about. So, I dated another guy and we broke up. And that cycle repeated itself until I decided that I needed to do something different.

Do you see the difference here?

I told the first perspective throughout my life, and I acted out those limiting beliefs in every way possible. I NEVER felt quite ENOUGH. So, that lead me to NEVER having ENOUGH money, NEVER being loved ENOUGH by anyone, NEVER putting in ENOUGH effort, and my body NEVER looked nor felt good ENOUGH, I could NEVER see good ENOUGH, my hair NEVER grew long ENOUGH. Just plain old NEVER GOOD ENOUGH.

What actually happened was nothing compared to the stories I had floating around in my head for years. I knew I was loved by every adult in the village that helped to raise me, but I was too busy listening with an innocent ear of a 5 year old to those annoying voices picking apart everything anybody said, or didn't say, and whatever they did. And it was ALL a bunch of bull. Why did I even torture myself for decades! Soothing myself with retail therapy, which part of my "not enoughness" syndrome. Like the clothes were gonna love me into enoughnessdom!!!! (I like making up my own words!) Oh, and by the way, chocolate didn't do that for me neither.

What would have to happen for me to just be happy? I wanted to be loved more than enough by someone who was never available for me. I wanted a career without stress, but you couldn't pay me to work summers.

SO WHAT WOULD IT TAKE?

I was completely exhausted with having my heart broken. I started watching this woman talking to all of these different people in tv about living your best life. I was hooked. I wanted that. I wanted to be happy! I wanted to get that stuff that they were saying that I could have.

But how do I get THAT?

I had to heal myself. I had to get over myself and my stinkin' thinkin'. NO more playing the victim. I always felt like I was being done wrong. When in fact, I was doing myself wrong. Of all the possible ways I could have responded to being dumped, I mean the end of a relationship, I chose to see myself as the hurtee by the hurter. (I'm on a roll with these words.) TAHEEHEE

So what was a girl to do? I became consumed with collecting self-help material. I have books on relationships, health, money, and on being happy. I watched so many videos online and read every article I could get my hands on. I wanted to know how to live my best life and be happy. I searched everywhere for my happiness. It must be out there somewhere. It just had to be. The experts said they wrote books about it so it must be on one of those pages. However, no matter how many books I read, I NEVER stayed feeling happy very long. So, I realized it wasn't in any book. Books could tell me how to get there, but not really.

My HAPPINESS wasn't out there.

My story got deeper.